A Synagogue in Tykocin – unbelievable rescue

The fact that the Synagogue in Tykocin withstood the World War Two should be perceived as a miracle. Almost complete annihilation of the Jewish community was inseparably connected with the destruction of material and cultural heritage of many generations. Almost everything vanished. From tableware to houses, from the Torah scrolls to the Yiddish language, from everyday customs to the craftsmanship of Jewish craftsmen. There are some towns in Podlasie where the only traces of Jews are forgotten, single matzevas scattered somewhere in the field. Everything was lost … but not in Tykocin. The uniqueness of this place can be seen in the full buses driving to the synagogue parking lot. Thousands of young Israelis go on a trip to Poland every year… Tykocin is one of the places they visit. So if you are in Podlasie and your ambition is to see what is unique in our country, you have to visit one of the best preserved synagogues in Europe in the 17th century. In 2016-2018 the building underwent a comprehensive renovation and its furnishings and collection of Judaica impress even the most eminent experts on the subject.

Tykocin’s kahał (kehilla – commune) – the history of rise and fal

Would an ordinary, small and insignificant Jewish community like many in the Polish-Lithuanian Commonwealth be able to build such a magnificent synagogue? The Tykocin synagogue was established in 1642 – in place of the older, wooden synagogue, a brick one grew up, modelled on the defensive synagogue in Pińsk. Both the size and the building structure indicated the rank of its founders. By comparison, in Zabłudowo, Suchowola and many other places wooden synagogues were built, which by nature used to be less durable and much cheaper due to the availability of building materials. In Tykocin a colossus was developing, taking into consideration it is the 17th century. The main hall, the men’s hall – on a plan similar to a square amounts up to 18×18 meters, to it two extensive women’s rooms or rooms for women and children, and the hallway – vestibule were glued, which performed the most varied functions. During the holidays, the Tykocin synagogue gathered about 1000 praying people. On a weekday, it was also vibrant with life: it was the seat of the commune (kehilla), religious schools: cheder and yeshiva, and finally, in the corner tower a prison room was set up…. In other words, for 300 years there was a religious center in Tykocin and in practice also an administrative and school center. 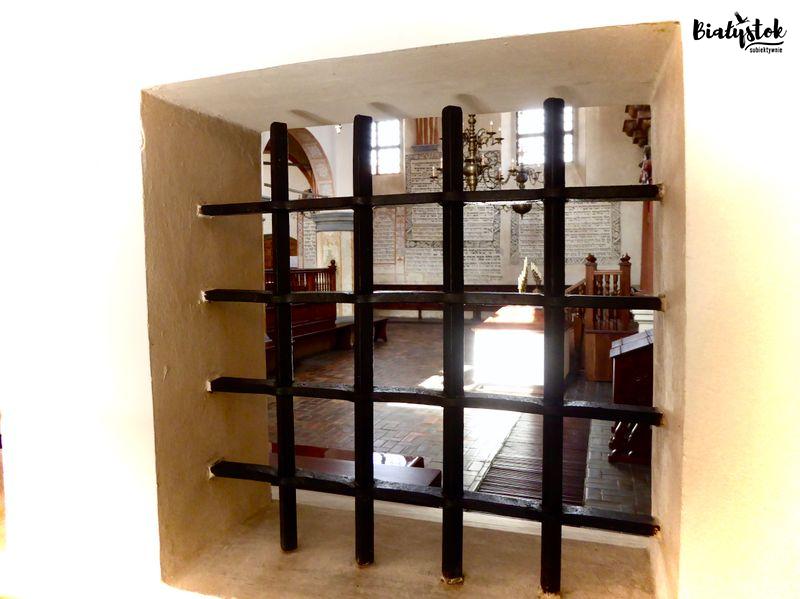 From zero to … an international shopping center 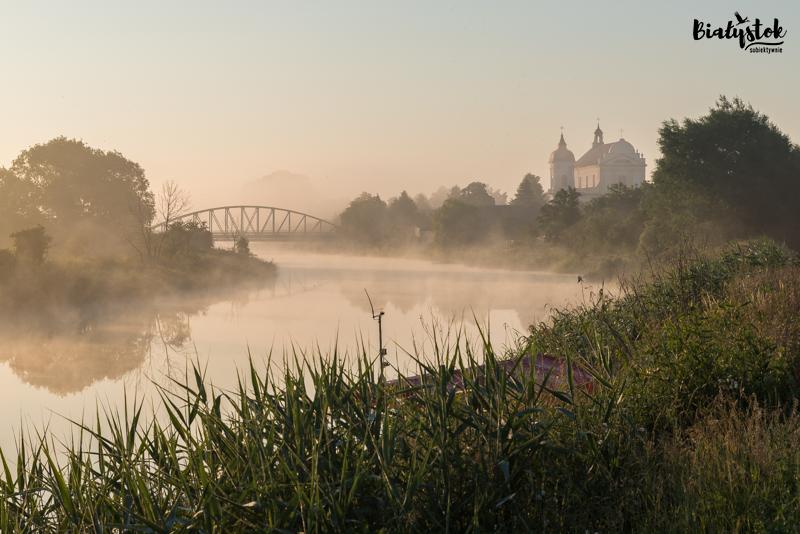 In 1537 a Tykocin merchants’ agent from Mogilev bought tallow and took it back to Warsaw. Ilja Mosieyewich Doktorovich made transactions with Nuremberg merchants in 1541. Aron Bosko traded with Vilnius, Kaunas, Poznań and Lublin. By then the Jews from Tykocin had reached for an extremely profitable occupation (…), which were various types of lease, customs duties and income of the princely and royal treasury. ( A. Lechowski, E. Wroczyńska, M. Pisarska-Kalisty, Great Synagogue in Tykocin, Białystok 2017, p.36)

Respected in the whole Republic of Poland

“The eight parts of this seemingly dome are a sign of the very perfection of the Lord’s words to Abraham: “And he that is eight days old shall be circumcised among you, every man child in your generations”. There are stars in heaven which are attributed with divine ideas. In the three fields of the vault there are 13 of them – as many as there are months in the leap year of the Jewish calendar. In the thirteenth year of life of every man, here at the bimah, a bar-mitzvah was held – a solemn confirmation. In four fields we will count 11 stars each. In this number there is a warning against transgression of divine rights. (…) A. Lechowski, E. Wroczyńska, M. Pisarska-Kalisty, The Great Synagogue in Tykocin, Białystok 2017, p.20)

The place where the Torah, the most sacred object of worship, is stored is very decorative in the Tykocin synagogue. An unknown artist forged many symbols here – a crown, a jug and a plate, columns and rich plant ornamentation. The whole is bound by a curtain painted on the walls – widely spread in the gesture of an invitation to pray.

The recess is covered with a burgundy curtain called parochet which is embroidered with golden threads. Underneath, there are openwork oak doors. The stairs lead to Aron. On their two sides there are platforms on which huge, silver Hanukkahs stood before the holocaust. These unique, nine-armed candlesticks were stolen by the Nazis – they were irretrievably lost. Today, the museum runs a voluntary fundraising aimed at purchasing replicas of these candlesticks.

Do not be surprised that the inscriptions on the walls of the synagogue are irregularly arranged and shaped. When a fertilizer warehouse was organized in the synagogue after the war, the rising toxic fumes caused paint layers to fall off. The oldest polychromes were “discovered” and some were irreparably damaged… What are they in fact? These compact texts, transferred to the walls, were meant to make it easier to pray on winter and autumn days when early twilight made it difficult to read books. The whole sheets of Hebrew prayer books were copied onto the walls. The oldest of them date back to the 17th and 18th centuries and are usually in the form of boards with floral decorations and animal motifs.

After the renovation, in the women’s gallery we can see excellent, thematically exhibited Judaica – objects connected with everyday life and religious rituals of Jews. Spend at least enough time on this exhibition to read the information on the display cases. They are unique! Tallits, phylacteries, Torah scrolls, mezuzahs, candlesticks, besamin boxes (special openwork tins for fragrant herbs, spices), Kiddush chalices, Seder plates, Hanukkahs… A separate display case contains memorabilia given by Abraham Kapica – one of the 21 Holocaust survivors of Tykocin. A new feature is a table set for a Shabbat dinner and one of the multimedia tools presents translations of prayers on the walls of the synagogue.

You can talk about the Tykocin synagogue endlessly….

Why did the color of the synagogue change so dramatically? What can you find in the old yeshiva next to the main building? Why are the Jews visiting the yeshiva nervous about what they find there? These and other topics in the second part of the article – after all, the Museum in Tykocin consists of two parts… Welcome!

You will read about the fascinating history of Tykocin on our blog in a super popular article titled Tykocin. 10 historical facts that surprise every tourist

The synagogue in Tykocin before and after the renovation: