You have heard a lot about Bialystok, but you are looking for a minimum walking route?

Are you driving through Podlasie e.g. coming back from Lithuania? Are you here for business or training? Are you enjoying your holidays in Masuria but it is raining heavily? Please be welcome! Admittedly, a short stay will not let you discover everything but still, these 2-3 hours will make you want to come back here for longer…and you will see the most important attractions of Białystok. Podlasie attracts you, see for yourself  😊The suggested walk does not require you to pay any fees.

1.START: Great Gate “Griffin“. First of all, it is worth starting well: we head for the center, looking for a car park near the Branicki Palace, preferably in the vicinity of the junction of Mickiewicza and Elektryczna Streets. We buy a ticket for 3 hours in the parking meter and head to the Great Gate called the Griffin. If you are here during the tourist season (May 1 – September 31), start your trip by visiting the Tourist Information Point, which is located in the Gate – you will get free materials there, such as maps and leaflets, but what is the most important, the staff of the point will dispel all your doubts about the topography of the city. The gate hides many secrets that you can read about soon.

4. Garden lounge of the Branicki Palace. The passageway is located in the right wing of the Palace. Here just before your eyes there are the best restored baroque gardens in Poland, it is worth a walk here, look at the Eagle arbor, imagine what these gardens could look like when they were the pride of Jan Klemens Branicki, at the time when the residence was called the Versailles of the North and enrupted kings, tsars and even the emperor. Today, laboriously but in a very meticulous way, the beauty of the eighteenth-century foundation is restored. More about gardens … soon or in Polish – HERE.

5. Planty Park. Planty means a planted area designed for strolling. Having passed through the palace gate you turn right (although on the left there are also plenty of attractions) and head in the direction of Legionowa Street. Bialystok’s Planty were created in the 1930s, it is an oasis of greenery in the heart of the city. 14 hectares on which you will find romantic alleys, pubs, fountains, flowery carpets, shady benches… You will come across a sculpture of the Kavelin Dog, a city “mascot” about which every guide could talk for hours. Take a look at our list of the most interesting monuments in Białystok – HERE, a description of all the fountains can be found HERE.

6.Burnt Synagogue Monument. After leaving the park and crossing the street, you have to turn left, walking along the busy Legionowa street, then, behind the Rococo Club, turn right, between the blocks of flats in the direction of the PZU building. It is there that the monument, the shape of which is by no means accidental, is located. It is not easy to find it, nevertheless, both the monument and the information board will assuredly make you aware of the great role played by the Jewish community who before the second world war represented 50% of the city’s population. One of the most famous Jews in Bialystok was Ludwik Zamenhof, the creator of the Esperanto language. The heart of Jewish Białystok was beating here… (On our blog a few texts about Białystok Jews were published, e.g. about synagogues we wrote HERE). 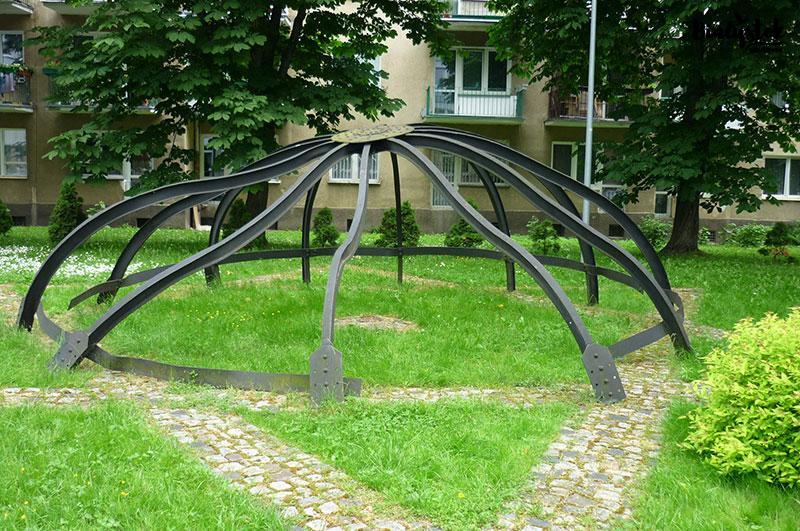 7. St. Nicholas Church.Continuing the walk, you will head towards Lipowa Street. Lipowa is like Piotrkowska in Łódź, every inhabitant of the city will show you the way, the most important thing is to walk in its direction along Liniarskiego Street. You will find yourself right next to the oldest Orthodox church in Białystok. The Cathedral was built in 1846, the classic shape of the temple is one of the symbols of the city. If you are lucky, you will visit the beautiful interior, just remember that the entrance is located on the west side. Orthodox inhabitants of the city constitute about 20% of the population of Bialystok, that is about 50-60 thousand people. There are many magnificent Orthodox churches in Bialystok, but only this one is open every day. Believers will be interested in the fact that the relics of St. Gabriel may be found in the Church of St. Nicholas.

8. Kosciuszko Square. After leaving the church from Lipowa Street, head right (when you look on the left you will see a modernist pearl, the white St. Roch church – a Monument of History – you will read about it HERE), you are in the heart of the city, on Kosciuszko Square, whose central point is the town hall. Around it there are dozens of restaurants, pubs and ice-cream parlours. It is nice to sit here, eat lunch or drink coffee… observe the residents and feel the unhurried, leisurely atmosphere. If you want to try local cuisine specialties, take a closer look around, kartacze, i.e. potato dumplings with meat, potato pie and potato sausage called kiszka are at your fingertips. Kosciuszko Market Square in its present shape has been existing since 2009, its history is as turbulent as the history of the whole city. It is worth knowing that Białystok, just like Warsaw, was destroyed during World War II in 80%!

9. The Cathedral Complex. Bialystok’s churches miraculously survived the war, the beautiful archcathedral could have burned down, it was a close call… Do not be deceived when standing in front of a majestic, neo-Gothic church. This tiny white church on the left, glued to the red one, is the oldest monument in Bialystok! It was built in 1617, in the times of the Wiesiołowski family, the predecessors of the Branicki family. The construction of the red “extension” began in 1900 thanks to the efforts of the then parish priest.

10. A souvenir shop. After this short walk you will undoubtedly be interested in the history of our beautiful, multicultural city. As you will notice, there are no tourist-oriented stalls in the centre. The only shop where you can buy maps of the region, guides, albums of Podlasie, but also magnets, mugs and local handicrafts, is located in the basement of the Hotel Aristo at 13 Kilińskiego Street, apartment 2. You will pass it by when heading towards your car, look for the characteristic logo of “Sliedzik Białostocki” then.

Other attractions of Bialystok and its surroundings remain undiscovered! Today you have seen only a fraction of what our city offers you. Make sure you plan a weekend or maybe a holiday in Podlasie?

Attractions of Białystok on our blog: 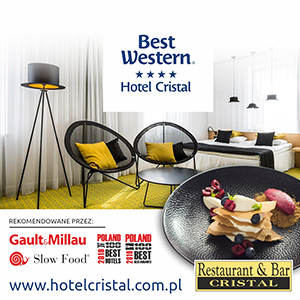